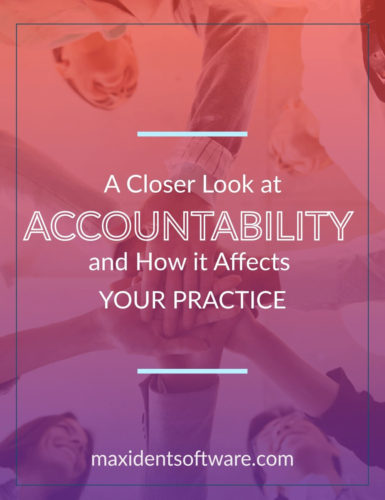 Accountability seems to be an issue in all areas, from medical and technical to financial and even political. We take accountability for granted as we just assume that no matter in what industry you work, accountability will just be a given. But that is just not the case, as we have seen in many instances just this year alone.

Many businesses have covered up rather large issues such as in the case of Equifax’s information breach that they kept from the public for six weeks, or in the case of the White House and the Russia scandal with the American president throwing not just senators, but his own advisor under the proverbial bus.

It has been happening so often and in so many industries that you have to seriously consider if this is really the solution to effectively running a business. Your gut is probably screaming absolutely not! And I can honestly say, without a doubt, your gut is right. But first, let’s take a look at accountability and what it is before we dive into the nitty-gritty aspects of it, including why people avoid it, what happens where there is a lack of it, and how you can make it a culture in your office.

It is, according to Merriam-Webster.com, the quality or state of being accountable; especially: an obligation or willingness to accept responsibility or to account for one’s actions. It sounds fairly simple: if someone makes a mistake, they own up to it. But sometimes that doesn’t happen, which brings us to the next question.

What are some reasons people avoid accountability?

There are always those moments when taking accountability seems like the less appealing option and can, therefore, compel those to want to throw their teammates under the bus. The reasons for this seem to vary– from not wanting to look foolish to not wanting to lose a job, and in some cases “in order to avoid the wrath of a reactive dentist” according to Mike Smith’s article, Accountability in Dental Practices.

But the lack of accountability might be a negative behaviour or mistake that is repeated but never addressed.  As an example, a friend of mine works at a prop shop in which several people are incredibly sloppy and tend to leave tools lying around. My friend’s boss knows about this and yet has not and will not address it. Why? Because he is just as sloppy. Not addressing it is one thing, but when the leader of the team is part of the problem, he only reinforces this behaviour.

When there is a lack of accountability . . .

Nobody wins. Lack of accountability divides teams and creates a dog-eat-dog environment, a secretive environment, an unsafe environment. Your patients suffer, too, especially if those issues that no one is addressing actually affects the health and security of your patients.

So, how do you keep everyone accountable in the dental office?

The leader’s role in accountability is essential to keeping everyone in the office accountable. Whatever the leader says and does is emulated by the rest of the team– this includes not only good behaviours but bad ones. Basically, the rule all leaders should live by is practice what you preach. If the leader makes a mistake, they should own up to it and lead by example. What’s more, the leader has a responsibility to address issues of accountability with team members, such as being consistently late or making the same mistake over and over.

But, to really establish an accountability culture in the office, it all comes down to teamwork. Accountability should be a team effort. Everyone is responsible for their own actions while also not ignoring the negative actions of others. Dorothy Garlough, RDH and an MPA, discussed the value of a “person-centred team” and wrote that this specific team “creates the conditions where accountability can thrive.” She further suggests an accountability strategy statement, which does the following for the team:

Success within a team relies on that team uniting to achieve a common goal. If the entire team is united, there is less chance that anyone will feel compelled to throw their team members under the bus to further their own agenda. It is this peer accountability that “recognizes that a well functioning team can accomplish something none of the team members can accomplish on their own.” And further “acknowledges the impact of one’s actions (or lack thereof) on the team and demands follow-through.”

This creates a culture of accountability within the dental office, which will mean “developing a climate in which people can speak openly about their vulnerabilities, admit to mistakes without fear, engage in debate respectfully, and focus on serving the patient instead of looking better than a co-worker.” It makes sense to make accountability a team effort, but to make it part of your office culture and keep everyone accountable, it is imperative to “talk about it, share ideas, come to a common consensus about what accountability means in the workplace, and then use that as a foundation everyone can work from.”

Creating and developing a culture of accountability in the office ensures a strong and confident team, a team that can confide in each other, trust each other, and an environment “where mistakes are used as learning opportunities.” Toxic dog-eat-dog practices are eliminated, providing you, your team, and your patients, the positive atmosphere everyone deserves.

For more information and links to the articles used in this blog post, check out the resources section below.